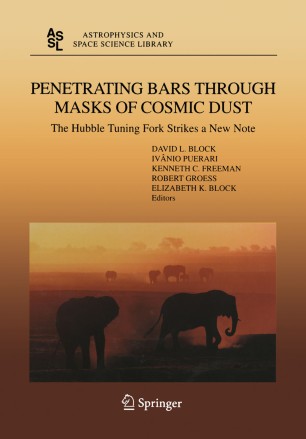 THE EDITORS: DAVID L. BLOCK AND KENNETH C. FREEMAN (SOC CO-CHAIRS), IVANIO PUERARI, ROBERT GROESS AND LIZ K. BLOCK 1. Harvard College Observatory, 1958 The past century has truly brought about an explosive period of growth and discovery for the physical sciences as a whole, and for astronomy in particular. Galaxy morphology has reached a renaissance . . The year: 1958. The date: October 1. The venue: Harvard College Observatory. The lecturer: Walter Baade. With amazing foresight, Baade penned these words: "Young stars, supergiants and so on, make a terrific splash - lots of light. The total mass of these can be very small compared to the total mass of the system". Dr Layzer then asked the key question: " . . . the discussion raises the point of what this classification would look like if you were to ignore completely all the Population I, and just focus attention on the Population II . . . " We stand on the shoulders of giants. The great observer E. E. Barnard, in his pioneering efforts to photograph the Milky Way, devoted the major part of his life to identifying and numbering dusty "holes" and dust lanes in our Milky Way. No one could have dreamt that the pervasiveness of these cosmic dust masks (not only in our Galaxy but also in galaxies at high redshift) is so great, that their "penetration" is truly one of the pioneering challenges from both space-borne telescopes and from the ground.