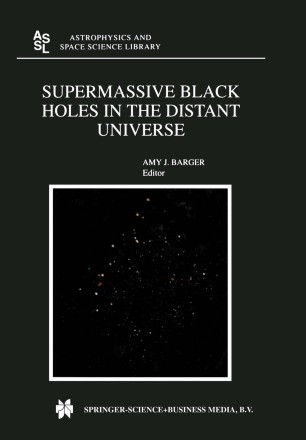 Quasars, and the menagerie of other galaxies with "unusual nuclei", now collectively known as Active Galactic Nuclei or AGN, have, in one form or another, sparked the interest of astronomers for over 60 years. The only known mechanism that can explain the staggering amounts of energy emitted by the innermost regions of these systems is gravitational energy release by matter falling towards a supermassive black hole --- a black hole whose mass is millions to billions of times the mass of our Sun. AGN emit radiation at all wavelengths. X-rays originating at a distance of a few times the event horizon of the black hole are the emissions closest to the black hole that we can detect; thus, X-rays directly reveal the presence of active supermassive black holes. Oftentimes, however, the supermassive black holes that lie at the centers of AGN are cocooned in gas and dust that absorb the emitted low­ energy X-rays and the optical and ultraviolet light, hiding the black hole from view at these wavelengths. Until recently, this low-energy absorption presented a major obstacle in observational efforts to map the accretion history of the universe. In 1999 and 2000, the launches of the Chandra and XMM-Newton X-ray Observatories finally broke the impasse. The impact of these observatories on X-ray astronomy is similar to the impact that the Hubble Space Telescope had on optical astronomy. The astounding new data from these observatories have enabled astronomers to make enormous advances in their understanding of when accretion occurs.