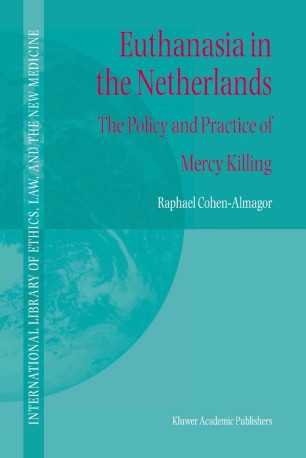 Euthanasia in the Netherlands

Part of the International Library of Ethics, Law, and the New Medicine book series (LIME, volume 20)

The Dutch experience has influenced the debate on euthanasia and death with dignity around the globe, especially with regard to whether physician-assisted suicide and euthanasia should be legitimized or legalized. A review of the literature reveals complex and often contradictory views about the Dutch experience. Some claim that the Netherlands offers a model for the world to follow; others believe that the Netherlands represents danger, rather than promise, and that the Dutch experience is the definitive answer regarding why we should not make active euthanasia and physician-assisted suicide part of our lives. Given these contradictory views, it has become clear that fieldwork is essential to developing a more informed opinion. Having investigated the Dutch experience for a number of years, and after thoroughly reading the vast literature published in English, I went to the Netherlands for one month in the summer of 1999 to get a feel for the local situation. I felt that this would provide the basis on which I could better interpret the findings of the available literature. I visited the major centers of medical ethics, as well as some research hospitals, and spoke with leading figures in the euthanasia policy and practice. The time spent was extremely beneficial and enriching. I followed in the footsteps of Carlos Gomez, who 1 published a book following one month of extensive research in the Netherlands.