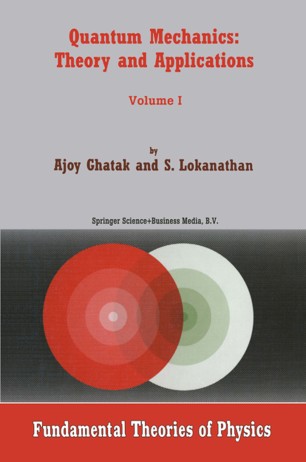 An understanding of quantum mechanics is vital to all students of physics, chemistry and electrical engineering, but requires a lot of mathematical concepts, the details of which are given with great clarity in this book. Various concepts have been derived from first principles, so it can also be used for self-study. The chapters on the JWKB approximation, time-independent perturbation theory and effects of magnetic field stand out for their clarity and easy-to-understand mathematics. Two complete chapters on the linear harmonic oscillator provide a very detailed discussion of one of the most fundamental problems in quantum mechanics. Operator algebra is used to show the ease with which one can calculate the harmonic oscillator wave functions and study the evolution of the coherent state. Similarly, three chapters on angular momentum give a detailed account of this important problem. Perhaps the most attractive feature of the book is the excellent balance between theory and applications and the large number of applications in such diverse areas as astrophysics, nuclear physics, atomic and molecular spectroscopy, solid-state physics, and quantum well structures.