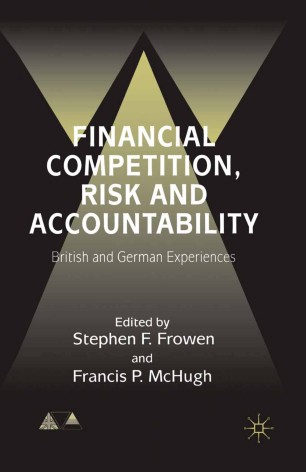 Recent decades have seen a sharp increase in financial competition, intensified by globalisation. Excessive risk-taking leading to inevitable business failures at times reached worrying proportions. A contributing factor arose from the complexities of the derivative and other new markets. This volume attempts to analyse and explain financial market developments at the turn of the millennium with the emphasis on the need for greater responsibility and a more ethical approach to financial decision-making.

STEPHEN FROWEN is Honorary Research Fellow in the Department of Economics, University College London, Senior Research Associate at the Von Hügel Institute, St Edmund's College, University of Cambridge, and External Professorial Research Associate at the Institute for German Studies, University of Birmingham. He was formerly Bundesbank Professor of Monetary Economics in the Free University of Berlin. He has published extensively on monetary and macroeconomics and in banking. He is the editor of many collective works and sits on various editorial boards. In 1993 he was appointed a Commander of the Order of Merit in the Federal Republic of Germany, and in 1996 was awarded a Papal Knighthood.

FRANCIS MCHUGH, a catholic priest, is Director of the Von Hügel Institute and a Fellow and Tutor at St Edmund's College, University of Cambridge. His recent publications include A Keyguide to Resources in Business Ethics (1988) and (with Sam Natale) Things Old and New: Catholic Social Teaching Revisited, (1993). He is also a Member of the Editorial Board of International Journal of Value-based Management.