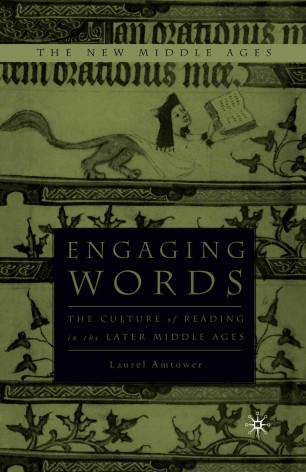 The Culture of Reading in the Later Middle Ages

Acts of reading appear everywhere in the late Middle Ages, from the margins of Books of Hours to self-portraits of authors in their studies. What relevance did this image have for the late medieval imagination? Engaging Words is an interdisciplinary study on the conception of reading in late medieval society. Beginning with an examination of the social conditions that produced a viable reading public, the book proceeds to examine popular tastes, the interrelationship between manuscript form and content, and finally the theory and poetry of late medieval authors. By drawing on images from late medieval culture as well as from historical documents and literary texts, Engaging Words shows how reading became a cultural metaphor in the late Middle Ages that transformed the way the Western world thought about identity and social roles.