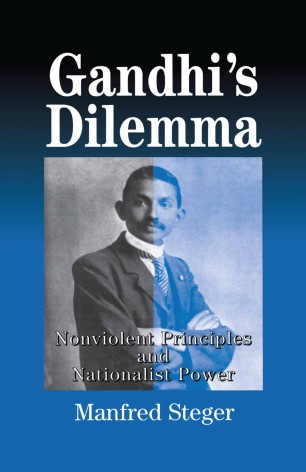 Throughout his long career as a political thinker and activist, Mahatma Gandhi encountered the dilemma of either remaining faithful to his nonviolent principles and risking the failure of the Indian nationalist movement, or focusing on the seizure of political power at the expense of his moral message. Putting forward his vision of a "nonviolent nationalism," Gandhi argued that Indian self-rule could be achieved without sacrificing the universalist imperatives of his nonviolent philosophy. Conceived as a study in the history of political thought, this book examines the origins, meaning, and unfolding of Gandhi s dilemma as it played itself out in both theory and political practice. This discussion is inextricably linked to significant and timely issues that are critical for the study of nationalism, for Gandhi s vision raises the important question of whether it is indeed possible to construct a benign type of nationalism that is rooted in neither physical nor conceptual forms of violence.

Manfred B. Steger is Associate Professor of Political Science at Illinois State University.