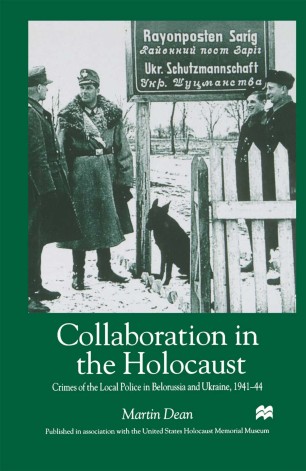 Crimes of the Local Police in Belorussia and Ukraine, 1941–44

What was the role played by local police volunteers in the Holocaust? Using powerful eye-witness descriptions from the towns and villages of Belorussia and Ukraine, Martin Dean's new book reveals local policemen as hands-on collaborators of the Nazis. They brutally drove Jewish neighbors from their homes and guarded them closely on the way to their deaths. Some distinguished themselves as ruthless murders. Outnumbering German police manpower in these areas, the local police were the foot-soldiers of the Holocaust in the east.

Martin Dean is Research Fellow at the US Holocaust Memorial Museum.