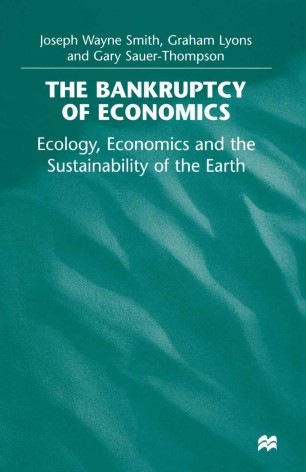 The Bankruptcy of Economics: Ecology, Economics and the Sustainability of the Earth

We live in times of uncertainty and insecurity, at a personal, national and global level. Writers such as Samuel P. Huntington and Robert D. Kaplan, respectively, have spoken of an emerging 'clash of civilizations' and of 'coming anarchy'. This book is also concerned with the future of civilization, in particular with the conflict between economic growth and the sustainability of the biophysical lifesupport systems of the planet, arguing that the flawed system of orthodox neo-classical economics has justified the modernist belief in the necessity of unending economic growth and the ceaseless exploitation of nature.