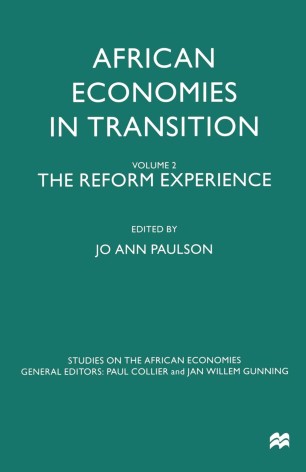 Part of the Studies on the African Economies book series (SAES)

An authoritative assessment of the reform efforts in African economies during the 1980s and early 1990s, with the focus on economic liberalization in those socialist countries which began from a position of pervasive state intervention. A companion theoretical volume (0-333-66545-7) examines the changing role of the state during the period of transition. This volume examines the important debate on agricultural reforms in the period, and provides in-depth country studies of the transition economies, covering Congo, Madagascar, Tanzania and the impact of war on transition in Angola and Mozambique. These books are the first in an important new series in association with the Centre for the Study of African Economies, University of Oxford.