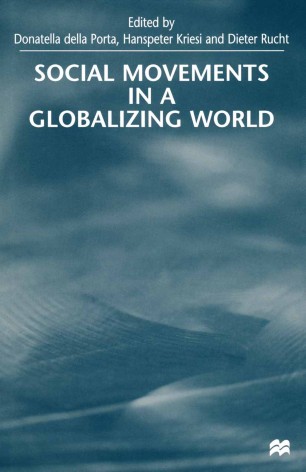 Social Movements in a Globalizing World

The growing interdependence on a global scale which characterizes the human condition at the turn of the century constitutes a challenge for both the mobilization of social movements and social movement theory. The present volume makes an attempt to adjust the perspective of the political process approach to a world in which political opportunities, mobilizing structures, framing processes and collective action of social movements are no longer confined to national political contexts.