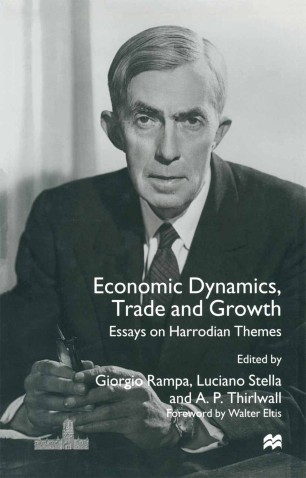 Sir Roy Harrod was one of the foremost economists of the twentieth century who made pioneering contributions in several branches of economics including: trade cycle theory; growth theory; trade theory; monetary economics; imperfect competition theory, and methodology. This volume arises out of a conference to celebrate the sixtieth anniversary of the publication of his book The Trade Cycle in 1936. After an introductory essay by Walter Eltis, a student of Harrod, this volume contains important essays on the interpretation of Harrod's work in the field of economic dynamics by Danial Besomi and Maurizio Pugno, and in the field of trade and growth by Tony Thirlwall, John McCombie and Luca Bendictis. Finally, Warren Young, in the process of writing Harrod's biography, uses correspondence between Harrod and Haberler to elucidate Harrod's views on trade theory, international monetary reform and inflation.