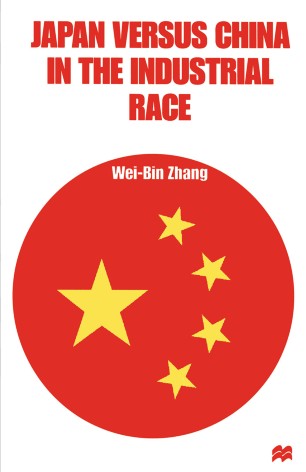 Japan versus China in the Industrial Race

Why has Japanese industrialisation been so much faster than that of China? The relative economic development of Japan and China from similar nineteenth-century conditions are examined in broad philosophical, social, political and historical perspective. The book challenges a common assumption that Chinese Confucianism does not encourage modernisation, while Japanese Confucianism propelled industrialisation forward. It examines further reasons why Max Weber's judgement, 'the Chinese would be probably more capable than the Japanese, of assimilating capitalism', has not been borne out.

WEI-BIN ZHANG is Associate Professor of Economics at the Swedish Institute for futures Study. His main research fields are East Asian economic development, Chinese philosophy, and ethics. He has published many academic articles. His books include Economic Dynamics, Synergetic Economics and knowledge and Value-Economic Structures with Time and Space (1996). He was brought up and received his university education in mainland China. He studied at Kyoto University in Japan for four years. He has researched in Sweden since 1987.