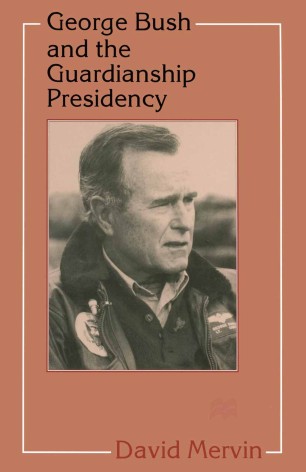 George Bush and the Guardianship Presidency

A clearly written, provocative analysis of the Bush presidency that draws on extensive interviews with White House staff. The Budget crisis of 1990 and the Gulf war receive particular attention as defining events in Bush's incumbency, demonstrating the strengths and weaknesses in his approach to presidential leadership. This book not only casts light on Bush's record in office, it also helps to resolve methodological problems that arise in the study of the presidency generally.

DAVID MERVIN is a Reader in Politics at the University of Warwick. He was educated at Ruskin College, Oxford, Exeter University and Cornell in the United States where he obtained his PhD. He has held fellowships at Cornell University and the University of Wisconsin-Madison and received a British Academy research grant for this book. He is the author of a number of articles and books including Ronald Reagan and the American Presidency and The President of the United States.