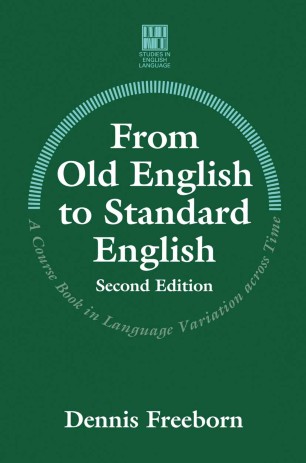 From Old English to Standard English

A Course Book in Language Variation Across Time

A fascinating, visual volume which traces the development of the language from Old English, through Middle and Early Middle English to the establishment of Standard English in the 18th century. The core of the book is a series of nearly two hundred historical texts, of which more than half are reproduced in facsimile, exemplifying the progressive changes in the language. The book is firmly based upon linguistic description, with commentaries forming a series of case studies which demonstrate the evidence for language change at every level - handwriting, spelling, punctuation, vocabulary, grammar and meaning.