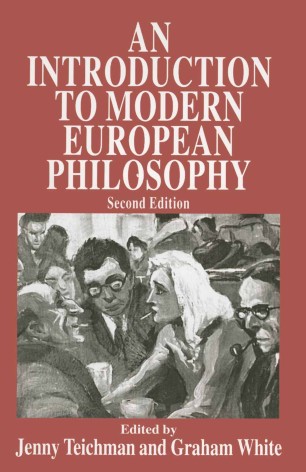 An Introduction to Modern European Philosophy

An Introduction to Modern European Philosophy, contains scholarly but accessible essays by nine British academics on Hegel, Schopenhauer, Kierkegaard, Marx, Nietzsche, Husserl, Heidegger, Sartre, Simone de Beauvoir, Maritain, Hannah Arendt, Habermas, Foucault, and the 'Events' of 1968. Written for English-speaking readers, it describes the varied traditions within 19th- and 20th-century European philosophy, reflecting the dynamism and plurality within the European tradition and presenting opposing points of view. It deals with both French and German philosophers, plus Kierkegaard, and is not confined to any one school of thought. It has been purged of jargon but contains a glossary of important technical terms. There is a bibliography of further reading and website information at the end of each chapter.