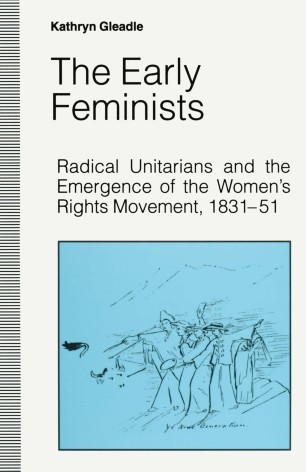 Radical Unitarians and the Emergence of the Women’s Rights Movement, 1831–51

Part of the Studies in Gender History book series (SGH)

This book redefines the origins of the women's rights campaigns in Britain. Contrary to the existing historiography, which argues that the Victorian Feminist movement began in the 1850s, this book, by bringing to light a wealth of unused sources, demonstrates that a vibrant community existed during the 1830s and 1840s. Previously neglected, this remarkable group of writers and reformers established both the ideologies and personnel network which provided the foundations of the women's rights campaigns of the coming decades.