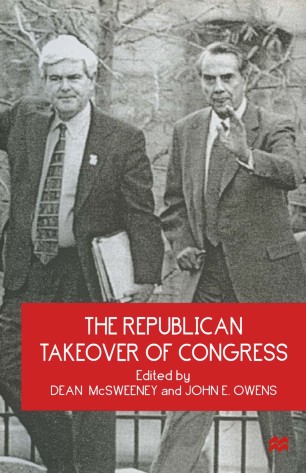 The Republican Takeover of Congress

An electoral earthquake hit the American political landscape in 1994. As the Republican Party won control of the House of Representatives for the first time since 1954 and control of the Senate for the first time since 1986, the longest uninterrupted period of single party rule in the entire history of the United States Congress came to an end. The new congressional majorities were the most conservative in 50 years and immediately proceeded to dominate the political agenda in Washington. Scholars from Britain and the United States document these momentous developments, evaluating their impact on America's political institutions and political culture and their significance for the future development of American politics and government.