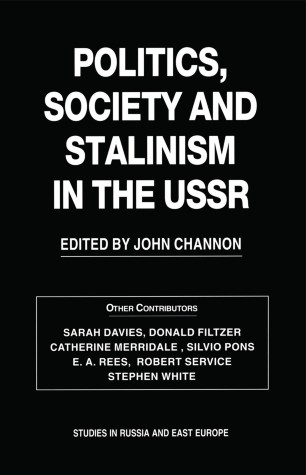 Politics, Society and Stalinism in the USSR

Over the past two decades in the West there has been a substantial re-appraisal of the Stalinist period. Social historians, in particular, have focused their attention on the social dynamics of Stalinism. This collection of essays is based on a conference held at the School of Slavonic & East European Studies, the University of London, on 'Stalin and Stalinism'. The contributors have analysed specific areas of the research available on Stalin and Stalinism in the USSR debate. Their work should be placed within the context of current scholarship in the field, both in the Former Soviet Union and the West. This groundbreaking text will be critical in stimulating interest in the subject and providing material for further debate.