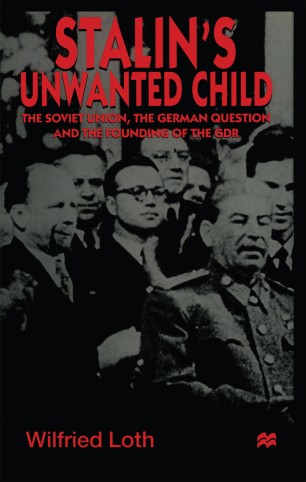 The Soviet Union, the German Question and the Founding of the GDR

How did Germany come to be divided during the Cold War? The renowned German historian Wilfired Loth has examined the archives of the Eastern side and comes to fascinating conclusions. He demonstrates that Stalin wanted neither a separate state on the soil of the Soviet Occupation Zone nor a socialist state in Germany at all. Instead, Stalin sought a joint administration of Germany by the victorious powers, a Germany along the lines of the Weimar Republic. The socialist separate state of the GDR is primarily the product of Walter Ulbricht's revolutionary zeal, which was able to unfold in the context of the Western walling-off policy.