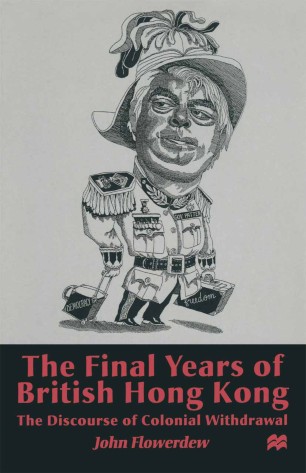 The Discourse of Colonial Withdrawal

This book critically reviews the British experience in Hong Kong with special emphasis on the tenure of the last governor, Chris Patten, and the discourse he used in guiding the transfer of sovereignty to China. While the People's Republic of China proclaimed the recovery of Hong Kong to be just retribution for a century and a half of national shame under British rule, Patten, as the spokesperson for the British, was concerned that Britain's exit from its last significant colony should be an honourable one.