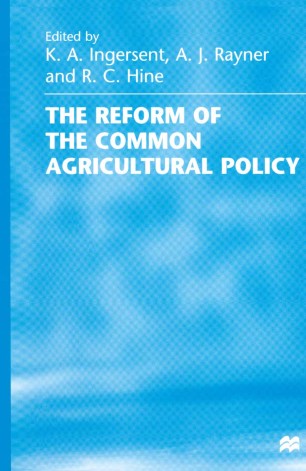 A topical, up-to-date and highly authoritative survey of the highly controversial debate around reform of the European Union's Common Agricultural Policy. The book begins with a critical assessment of the 1992 MacSharry reform and the 1994 GATT Uruguay Round. It looks to the likely impact of future reforms on the agricultural economy, on consumers and on the environment, in the light of future EU developments including enlargement and budget constraints and the forthcoming world Trade Organization negotiations of 1999. The postscript highlights the main issues likely to inform the CAP debate into the next millennium.