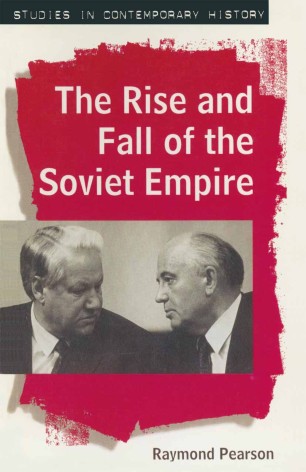 The Rise and Fall of the Soviet Empire

Symbolised by the fall of the Berlin Wall in 1989, the collapse of the Soviet Bloc astounded the western world. The Rise and Fall of the Soviet Empire describes and explains the creation, maintenance and eventual demise of the Soviet regime across post-1945 Eastern Europe. Balancing 'internal' factors such as resilient indigenous nationalism against 'external' factors such as America's acceleration of the arms race, Raymond Pearson sets the so-called 'Soviet Empire' within the broader context of global imperialism and decolonisation.