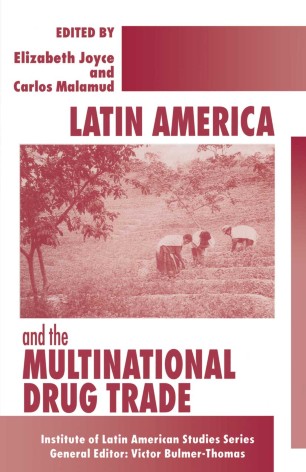 In some Latin American countries, traffickers equipped with vast resources have corrupted individuals in every aspect of public life, compromising the integrity of entire national institutions - the political system and the judiciary, the military, the police, and banking and financial systems. Moreover, Latin America, like Europe and the USA, has a drug consumption problem. Yet, drug control in Latin America is beset with contradictions. For some Latin Americans, illicit drug production in the form of coca cultivation is a traditional way of life, and has often been an economic bulwark against destitution. Attempts to control the drug trade, while absorbing vast resources, have been largely ineffectual and have had dramatic and unintended consequences. This book analyses the profound consequences that the illicit drug trade has for millions of Latin Americans, and what they imply for domestic policy and for international cooperation. Latin America and the Multinational Drug Trade is essential reading for students of Latin America, politics, international relations, security studies, foreign policy, economic development, criminology and law, and for anyone interested in the politics and economics of the global illicit drug trade.