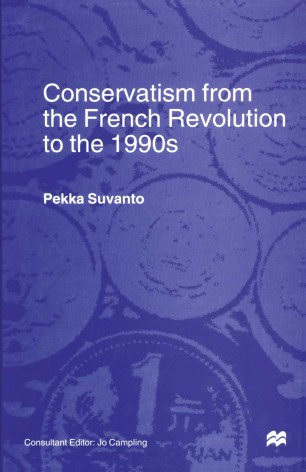 Conservatism from the French Revolution to the 1990s

Suvanto has studied the political and ideological conservatism of Britain, the United States, Germany and France with references to Scandinavian countries. He also discusses the nature of traditionalism and its influence on the development of conservatism. Suvanto emphasizes the pragmatism and the consistency of conservatism. It has played a great part in the collapse of communism. Suvanto's book was first published in Finnish in 1994 and it was chosen as the best historical book in Finland in that year.