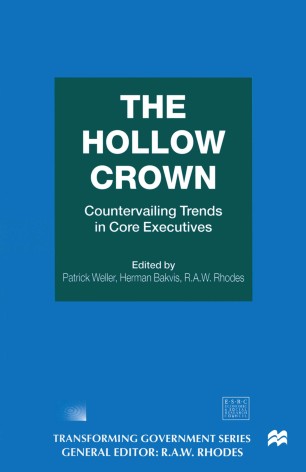 The first volume in a series of comparative studies within the ESRC's Whitehall Programme focuses on core executives in five parliamentary democracies comparing the Westminster model as in Australia, Canada and Britain with the continental democracies of Germany and the Netherlands showing how political leadership is shackled by a vast array of constraints, from globalisation to internal fragmentation and rationalisation, making a heroic model of decisive political leadership hard to sustain.