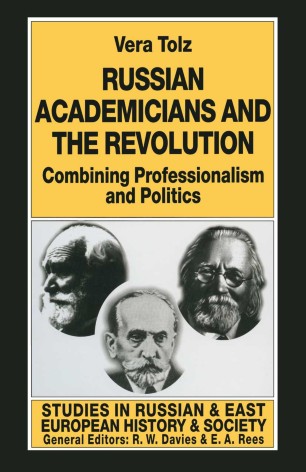 Russian Academicians and the Revolution

An examination of the early Soviet period of the Russian (Soviet) Academy of Sciences which focuses on the reactions of individual members of the academy to the new situation in which they found themselves after October 1917. Based on the extensive use of documents from the Archives of the Russian Academy of Sciences, the author discusses how the academicians justified their cooperation with the Bolsheviks and the ideological basis of the regime's policy towards the academy in the 1920s.