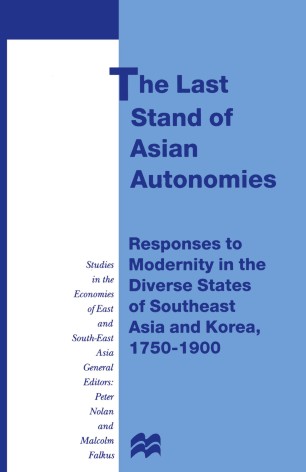 The Last Stand of Asian Autonomies

Responses to Modernity in the Diverse States of Southeast Asia and Korea, 1750–1900

The last century of the exuberantly diverse independence of Asia's smaller states, before the colonial embrace of 1860-1900, has been dismissed as a doomed period of stagnation and reaction by colonial, nationalist and Marxist historians alike. But the newest writing, represented here by 17 leading specialists on the different states of Southeast Asia and Choson Korea, has discovered in these states an astonishing laboratory of autonomous attempts to grapple with the pressures of modernity.