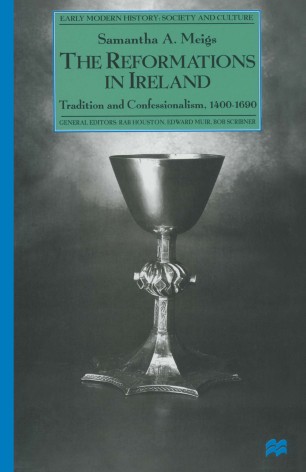 The Reformations in Ireland

Why was Ireland the only region in Europe which successfully rejected a state-imposed religion during the confessional era? This book argues that the anomalous outcome of the Reformations in Ireland was largely due to an unusual symbiosis between the Church and the old bardic order. Using sources ranging from Gaelic poetry to Jesuit correspondence, this study examines Irish religiosity in a European context, showing how the persistence of traditional culture enabled local elites to resist external pressures for reform.