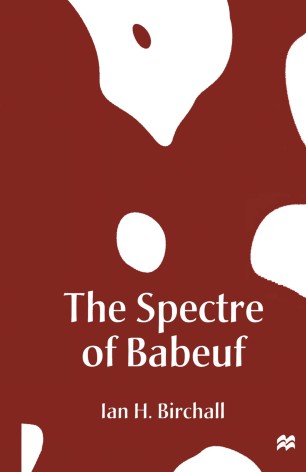 The Spectre of Babeuf

This study of Babeuf as a political thinker, based on an analysis of his extensive writings, and on scholarship unavailable in English, shows him to be a major precursor of the modern revolutionary socialist tradition. The first part traces Babeuf's political evolution in the context of the French Revolution; the second examines his changing reputation among subsequent historians. The final section assesses the originality of his thought, showing him to be neither a Jacobin nor a Utopian.