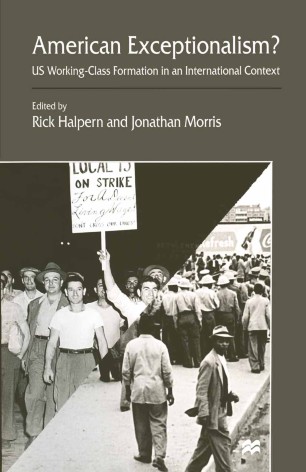 US Working-Class Formation in an International Context

The idea that American historical development is different from that of other nations is an old one, yet it shows no sign of losing its emotive power. 'Exceptionalism' continues to excite, beguile, and frustrate students of the American past. The essays in this volume explore the ways in which the process of class formation in the United States can be said to be distinctive. Focusing upon the impact of liberal political thought, race and immigration, and the role of the war-time state, they challenge particularist and nation-centred modes of explanation. Comparing American historical development with Italian, South African, and Australian examples, the essays reinvigorate a tired debate.

RICK HALPERN is Bissell-Heyd-Associates Chair of American Studies and Professor in the Department of History at the University of Toronto, Canada