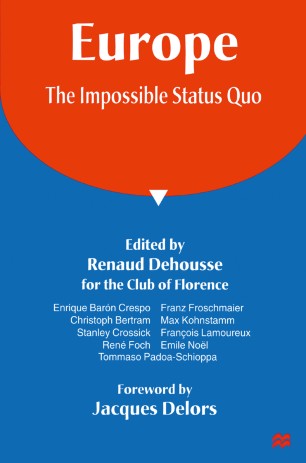 Europe must change to face the critical challenges ahead. This most distinguished and experienced group of key European opinion-formers offer a sharp critique of existing institutions and a ten-point plan for a fulfilment of the pro-European vision. An institutional structure initially conceived for a community of six must be radically transformed to serve a potential union of some thirty members. The transition to economic and monetary union, the legitimacy crisis of European institutions are among the crucial issues discussed. Jacques Delors assesses the reform proposals in his foreword.