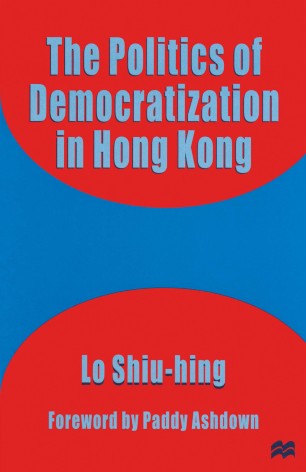 The Politics of Democratization in Hong Kong

An analysis of the politics of transition in Hong Kong, focusing on the tug-of-war between China and Britain on democratization, and on the interactions between the increasingly politically active people of Hong Kong and the democratizing colonial regime. The successes and failures of British policy since 1984, and the missed opportunities to democratize faster prior to Governor Patten's appointment in 1992 are examined.