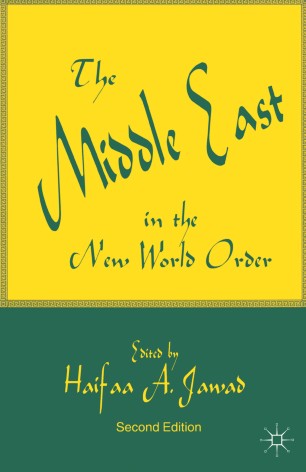 The Middle East in the New World Order

The 1990-91 Gulf War, the Israeli-PLO agreement, instances of political and economic reform, and the radical political reassertion of Islam, all indicate that the post-Cold War Middle East is in the grip of dramatic changes. This has generated considerable enthusiasm. Yet such transformation to the political landscape bring with them daunting difficulties. The Middle East faces a host of problems urgently in need of solutions if a successful new world order is to be built on the ruins of the old. In this book, an international group of scholars addresses these issues, and considers the options for the political, social, and economic reconstruction of the region. Themes covered include: democratisation; the Arab state system in the new global environment; the civil war in Arabia; security structures; the Arab-Israeli conflict; the role and potential contribution of pan-Islamism and pan-Arabism; and the prospects for economic revival. Throughout, the linkages between regional dynamics and the changing global environment are highlighted. Case-studies are drawn from the whole region: from North Africa to the Gulf, and from Syria to Yemen.