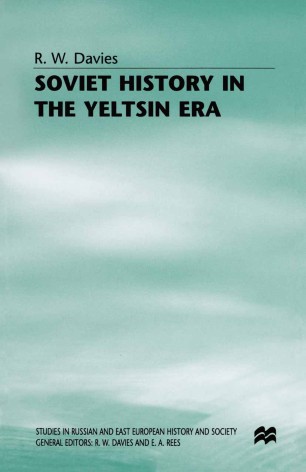 Soviet History in the Yeltsin Era

Russian rethinking of the past has immense political significance. The author of the acclaimed Soviet History in the Gorbachev Revolution now examines the impact of the collapse of Communism and of the subsequent disillusionment with capitalism on Soviet history. The uses of history after the 1991 coup and in the 1995 and 1996 elections are considered in detail. Part two evaluates the unfinished revolution which has partly opened the archives, while part three offers reflections on the future of the Soviet past.