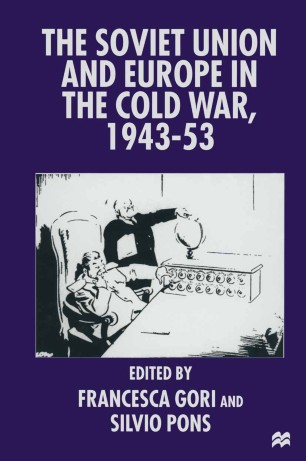 After the Cold War, its history must be reassessed as the opening of Soviet archives allows a much fuller understanding of the Russian dimension. These essays on the classic period of the Cold War (1945-53) use Soviet and Western sources to shed new light on Stalin's aims, objectives and actions; on Moscow's relations with both the Soviet Bloc and the West European Communist Parties; and on the diplomatic relations of Britain, France and Italy with the USSR. The contributors are prominent European, Russian and American specialists.