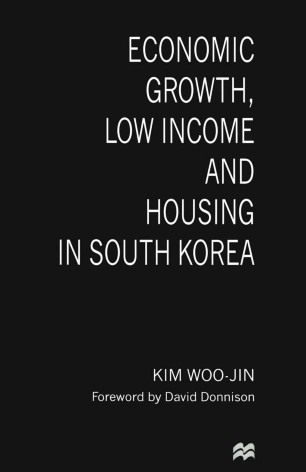 '...a wide-ranging, scholarly and humane book which should be read by anyone seriously interested in this country.' - David Donnison From the devastation of the Korean war, there emerged one of the most dynamic, rapidly growing economies the world has ever seen. Starting from a concern about the housing of people struggling to survive on low incomes in the cities of South Korea, Kim Woo-Jin throws light upon the whole development of Korean society since the civil war. He argues that housing has played a central part in both the development of the economy and its more recent slowdown. In the future, housing policies may play their part in resisting the destructive forces that the probable reunification of North and South will bring and recreate hope for the future.