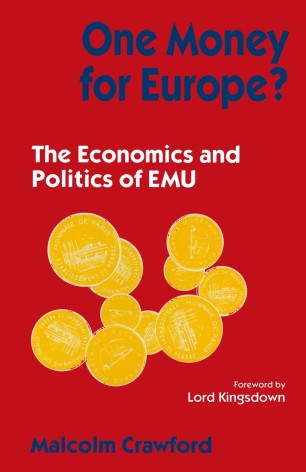 One Money for Europe?

The Economics and Politics of EMU

Europe is on the road to monetary union (EMU) even if there may be delays and diversions on the way. The focal point of EMU will be its single currency, valid throughout all participating countries, and replacing the national currencies. There will be considerable transitional pain and stress, most of all for member states with very high public debts. For the rest, the road ahead will not be smooth, but should be assisted by easier monetary policy in Germany since 1993. For some countries at least, the pain will be aggravated unnecessarily by design defects in the transitional rules for entry - which there is still time to remedy. The author - no admirer of a federal Europe - describes how EMU could actually work better in a confederal Europe with no federal chief executive and with a relatively weak Parliament. The independent Eurofed would be responsible for managing economic policy on an EC-wide basis, while national governments could use fiscal policies to mitigate local deviations. Weak regions and poor peripheral countries would require more flexible assistance from EC resources, however.