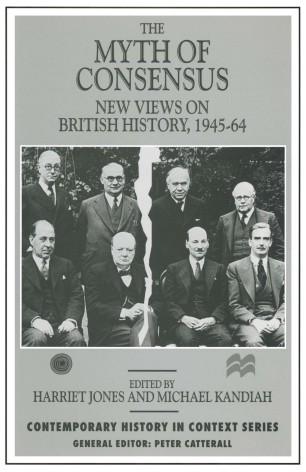 The Myth of Consensus

This groundbreaking collection of essays challenges the notion that early postwar Britain was characterised by a consensus between the major political parties arising out of the experiences of the wartime coalition government. The volume collects for the first time the views of the revisionist historians who argue that fundamental differences between and within the parties continued to characterise British politics after 1945. Covering topics as diverse as industrial relations and decolonisation, the volume provides a welcome contrast to orthodox interpretations of contemporary Britain.