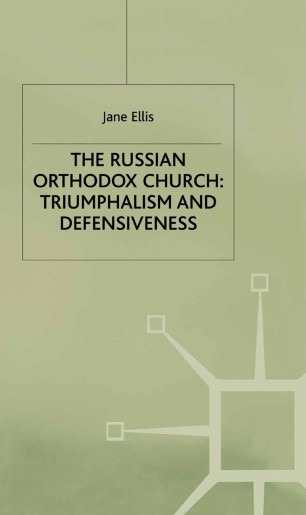 The Russian Orthodox Church has survived more than seventy years of the most brutal and sustained attempts to eradicate religion that has ever been. Weakened but spiritually alive, it is confronted by the demands of a ravaged, exhausted society. Can it, however, find the resources and energy to respond to these demands? Jane Ellis describes the developments and problems in the Russian Orthodox Church under glasnost and especially since the new freedoms were granted following the millennium celebrations of 1988. New opportunities mean new challenges and demand huge new resources. Old problems in the form of close State and KGB contacts remain, and new problems in the form of competition from other denominations and sects arise. Traditionally the Orthodox Church has enjoyed a 'symphony' with the State. However are unhealthy links with the KGB and the communist past still damaging the Church. Is it in danger of becoming a state church?