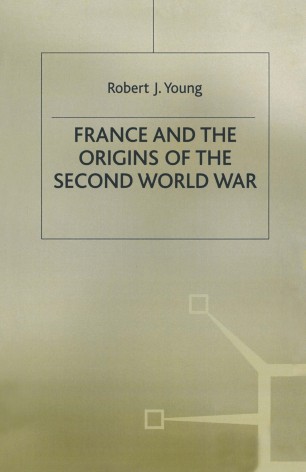 France and the Origins of the Second World War

In this book the author explores the state of uncertainty which had arisen from the clash of too many competing certainties. Was conciliation a more reliable answer to the Hitler problem than deterrence? Opinions varied, but rarely the intensity with which they were expressed. Should France rely, more or less, on the good offices and defence resources of the United Kingdon, or should firmer choices be made between fascist Italy and communist Russia as a prospective ally? Once more, convictions varied, the most passionate of which only fueled the doubts of moderates who genuinely surveyed the options, and who genuinely pondered the future. Would Hitler attack? When and where? Were tanks and professional armies the real key to victory, or rather did success depend on a healthy economy in which capital was free to come and go as it chose? Again, more debate, more heat generated by the clash of certainties, and more ashes of doubt in the minds of those too strong to be converts.

This is not the France of one legend, a nation left smug and complacent behind the carapace of the Maginot Line. It is not the France of another, a nation whose flame had dipped during the last war and then been snuffed out by a generation of second-rate survivors. Rather it is a France where confidence coexists with apprehension, where perceptions and moods shift with the hour and the argument.

In his efforts to monitor this ebb and flow, Young first describes the tensions within French interwar diplomacy as well as the interpretive tensions which have characterised the scholarly debate over the past fifty years. Subsequent chapters explore the roots of the national ambivalence: diplomatic and military, political and idealogical, economic and psychological. In the end, we are left with the author's explanation of how France entered the Second World War, and why she collapsed so quickly.