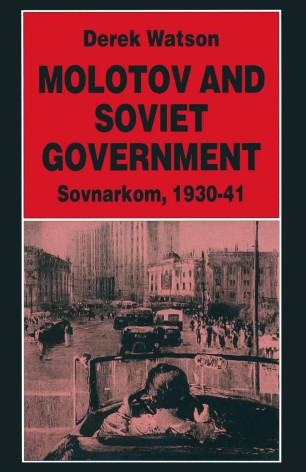 Exploring such general issues as the differing roles of the Communist Party and the State in ruling the former Soviet Union and the exercise of political power in the Stalin regime, this first western study of the chief Soviet government body during the 1930s traces the history of the Council of People's Commissars (Sovnarkom) whilst Molotov was chairman. Sovnarkom co-ordinated the work of the commissariats (later to be called ministries) and supervised the implementation of the policies of collectivization and industrialization. It was intimately connected with the Great Purge as the heads of the secret police were commissars. Using recently available archival sources, the working of the institution and changes in its structure and membership are examined, as is the political history of the institution, including the parts played by Molotov, Ordzhonikidze, Kaganovich and other major politicians who were members during the critical decade in this development of Stalinism.