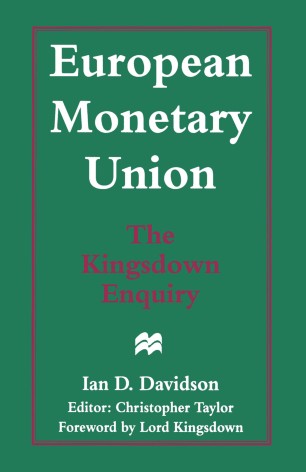 The Plain Man’s Guide and the Implications for Britain

In the next few years, Britain will face a momentous choice in Europe. Should it join a single currency in the European Union? Or should it stay outside? This report is the result of an intensive enquiry into the implications of that choice, led by Lord Kingsdown, former Governor of the Bank of England. It examines the pros and cons of British participation; the likely consequences for the British economy, including inflation, interest rates and foreign investment; and the broader political implications of the choice. It makes an essential, non-party contribution to the clarification of the British debate on Europe.