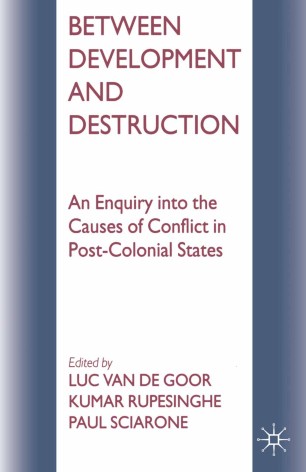 Between Development and Destruction

An Enquiry into the Causes of Conflict in Post-Colonial States

Much has already been written about the effects of the changes of the Cold War on conflict. The ongoing disengagement of East and West from bipolar Cold-War politics has resulted in an unstable international political situation which is characterized by regional conflicts. Most analyses now concentrate on the consequences for Europe and the former communist Central and East European states. This book, however, explores the effects for the Third World. The contributors provide major theoretical analyses of the causes of conflict in developing countries. Four main factors are distinguished: the processes of state-formation and nation-building; the rise or return of ethnicity and nationalism; socio-economic factors; and the armaments-conflict nexus. The volume also provides in-depth regional analyses, as well as policy perspectives on the issue of conflict and development.