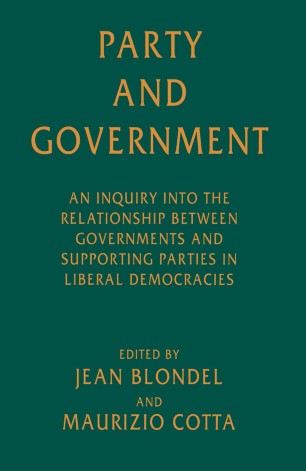 Party and Government is an eleven-country study of the relationship between the governments of liberal democracies, mainly from Western Europe, but also including the United States and India, and the parties which support these governments. It examines this relationship at the three levels at which governments and parties connect: appointments, policy-making, and patronage. The emphasis is on a two-way relationship: parties influence governments but governments also influence parties. The extent and the direction of this influence varies from country to country. In some cases, governments and parties are almost autonomous from each other, as in the United States; in other cases, on the contrary, there is considerable power of one over the other: sometimes the party dominates, sometimes the government.