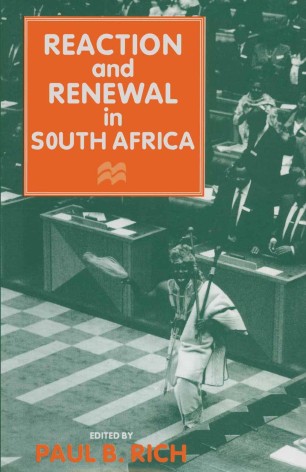 Reaction and Renewal in South Africa

This volume is a timely survey of the changes that have been occurring in South African politics and society since the unbanning of the exile liberation movements in 1990. It brings together a collection of seasoned scholars who examine the debates over changes in such areas as the economy, the state, the legal system, the position of women and foreign relations. The volume explores the forces pushing for radical change in South African society as well as those resisting it and is particularly notable for bringing a political science perspective to bear on such issues as the restructuring of government and the constitution.