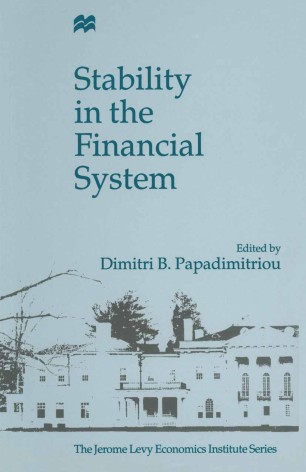 Stability in the Financial System

The S&L crisis of the 1990s has given many a reason to review the events which led to a (in many ways) similar banking crisis sixty years ago, and the subsequent legislation of the Emergency Banking Act, the Banking Act of 1933, the Banking Act of 1935, and other related legislation. The reconstituted financial structure produced the longest period of financial stability in the US history, lasting one-half of a century. The book has two goals: provide an understanding of the reasons the banking reforms enacted in the 1930s were so successful; and present a set of policy proposals which offer the institutional provisions for both the financing of the capital development of the economy, and a safe payments system.