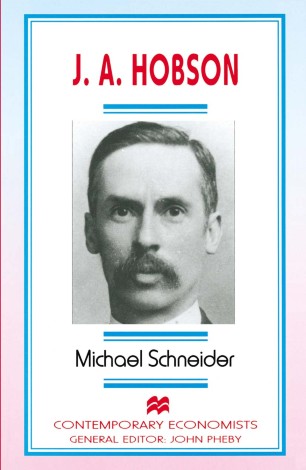 The economic theories of the English economist and social scientist J.A. Hobson (1858-1940) were pioneering for their time. This book critically analyses his theories and shows that many of them have contemporary relevance. Hobson is best known by today's economists for his underconsumption theory, which was recognised by Keynes as an important forerunner of The General Theory. Hobson's underconsumption theory is modelled and compared with the economic growth theories of Harrod and Domar. Also included are accounts of Hobson's theories in the areas of welfare economics, income distribution and prices, money and credit, and international economics. The book also outlines Hobson's theory of imperialism, which was addressed to an audience far wider than that of economists, and gained him international fame.