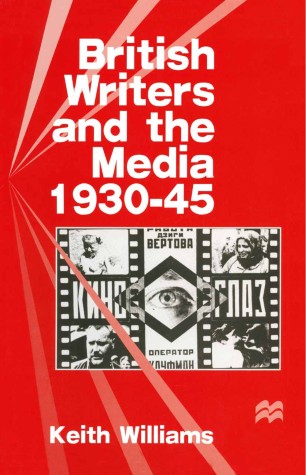 Richly informative about a host of writers from Auden to Priestley, and theoretically informed, this wide-ranging new study demonstrates that the 1930s, remembered usually for uncomplicated political engagement, can rather be seen as initiating the key elements of postmodernism, developing the individual's sense of `elsewhere' through new technology of representation and propaganda. Keith Williams analyses the relationship between the leftist writers of the decade and the mass-media, showing how newspapers, radio and film were treated in their writing and how they radically reshaped its forms, assumptions and imagery.