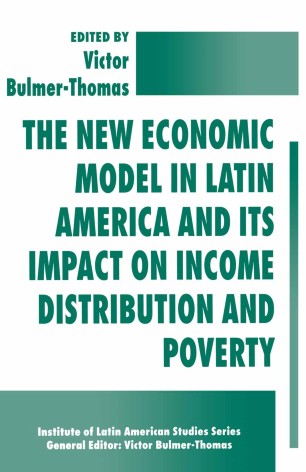 The economies of Latin America have undergone a deep process of change in the last decade as a result of the application of major reforms. The outcome can be fairly described as a New Economic Model. This New Economic Model is distinguished from its predecessor, in force before the 1980s debt crisis, by an emphasis on market forces and export-led growth. This book explores the main features of the New Economic Model in Latin America and, through analysis of the reform process and case studies, examines its impact on income distribution and poverty.